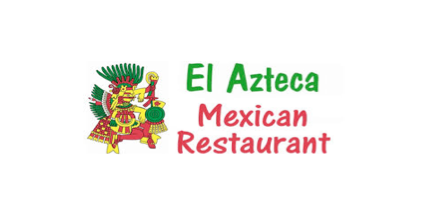 After long hours in hot kitchens rapidly filling customer orders, many employees at El Azteca restaurants in Wisconsin received paychecks with wages below the federal minimum wage and often missing pay for overtime, according to investigators for the Department of Labor. Under terms of a consent judgment entered in U.S. District Court for the Eastern District of Wisconsin, the restaurants and their owners and managers – Marco Montalvo, Fe Montalvo and Sergio Jimenez – will pay 129 current and former employees a total of $700,000, including $350,000 in back wages and additional $350,000 in liquidated damages. The companies and individual defendants will also pay $25,000 in civil money penalties for violating the Fair Labor Standards Act. The judgment resolves a lawsuit filed by the U.S. Department of Labor in February 2015. The suit follows an investigation by the Department of Labor’s Wage and Hour Division that found the companies and individual defendants failed to pay kitchen staff and servers at least the federal minimum wage, and overtime for hours worked beyond 40 in a workweek at the four Wisconsin eateries. “We see far too many violations like these in the restaurant industry, where low-wage workers are particularly vulnerable,” said U.S. Secretary of Labor Thomas E. Perez. “This consent judgment should serve as a wake-up call to restaurant owners and the industry that the U.S. Department of Labor takes these violations very seriously and will continue to use every tool at our disposal to ensure workers get the money they have earned.” Investigators found the restaurants failed to comply with the FLSA’s minimum wage, overtime and record-keeping provisions by:

“Expecting employees to work long hours in return for wages below the minimum wage is truly unfair and it is illegal,” said David Weil, administrator for the Wage and Hour Division. “The terms of this agreement will help to right a serious wrong and compensate these workers with their rightfully earned wages.” The court action enjoins the defendants from violating the FLSA in the future and requires significant changes in their business practices. The defendants are required to provide training to managers and employees on the FLSA to ensure compliance at all locations. The consent judgment also requires the employer to:

Additionally, if owners Marco and Fe Montalvo sell business assets prior to completing payment of the back wages, damages and penalties, the proceeds of the sale must go directly toward the debt owed to the workers.  The consent judgment also states that if the individual defendants sell their primary residence, the Secretary of Labor will place a lien on any new residence purchased.