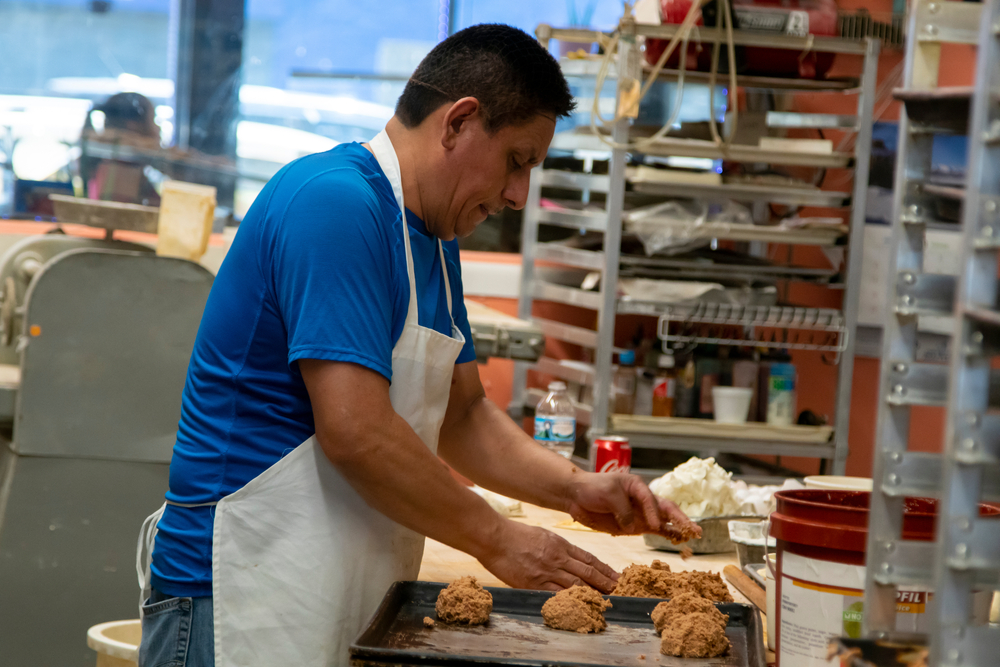 Biden Administration Does Away with Worksite Immigration Raids

The Biden administration announced that it would no longer raid workplaces to arrest undocumented workers en masse, putting an end to the Trump-era policy, which it said was used by "exploitative employers to suppress and retaliate against workers' assertion of labor laws."

U.S. Department of Homeland Security Secretary Alejandro Mayorkas ended what he called "mass worksite enforcement operations" in a memorandum addressed to the leaders of U.S. Immigration and Customs Enforcement, U.S. Citizenship and Immigration Services and U.S. Customs and Border Protection.  Those operations often resulted in the arrests of hundreds of workers at once, according to DHS. Mayorkas said in the memo that the mass arrests wrongly focused the department's resources and energy on the workers rather than employers.

"Our worksite enforcement efforts can have a significant impact on the well-being of individuals and the fairness of the labor market," Mayorkas said in the memo. "Our accomplishments in this area make clear that we can maximize the impact of our efforts by focusing on unscrupulous employers who exploit the vulnerability of undocumented workers."

In particular, employers may offer substandard wages or impose unsafe working conditions on undocumented workers, Mayorkas said. Some may even facilitate human trafficking and child exploitation, he said.  These employers also harm each worker competing for a job by creating an unfair labor market, he added.

"We can most effectively protect the American labor market, the conditions of the American worksite, and the dignity of the individual by focusing our worksite enforcement efforts on unscrupulous employers," Mayorkas said.

According to DHS, the policy shift is part of the agency's efforts to "promote a fair labor market by supporting more effective enforcement of wage protections, workplace safety, labor rights and other employment laws and standards."  In the memo, Mayorkas directed ICE, USCIS and CBP — all of which are part of DHS — to review and update policies that will allow the department to prioritize labor law enforcement. The agencies must also look into strategies that would prioritize workplace enforcement against "unscrupulous employers" and support vulnerable workers in labor standards investigations, per the memo.

"We will not tolerate unscrupulous employers who exploit unauthorized workers, conduct illegal activities or impose unsafe working conditions," Mayorkas said in the statement. "Employers engaged in illegal acts compel the focus of our enforcement resources.  By adopting policies that focus on the most unscrupulous employers, we will protect workers as well as legitimate American businesses."

The news was met with enthusiasm from immigration advocates on Tuesday. Marielena Hincapié, executive director of the National Immigration Law Center, called it a "welcome announcement" that "signals pivotal changes ahead that will make workplaces across the country safer and more equitable for all workers."

The move will also ensure that immigrants working in schools, factories, meatpacking plants, hospitals, construction sites and other essential industries can "do their jobs safely and speak out against unjust treatment without fearing employer intimidation, arrest or deportation," Hincapié said in the statement.

And Sen. Bob Menendez, D-N.J., the highest-ranking Latino in Congress, said in his own statement that undocumented workers have been essential to the country's pandemic response.  "In America, all workers deserve a workplace that ensures they are treated with basic dignity and respect, and these actions by the administration are an important step in safeguarding the safety and well-being of undocumented workers," Menendez said.