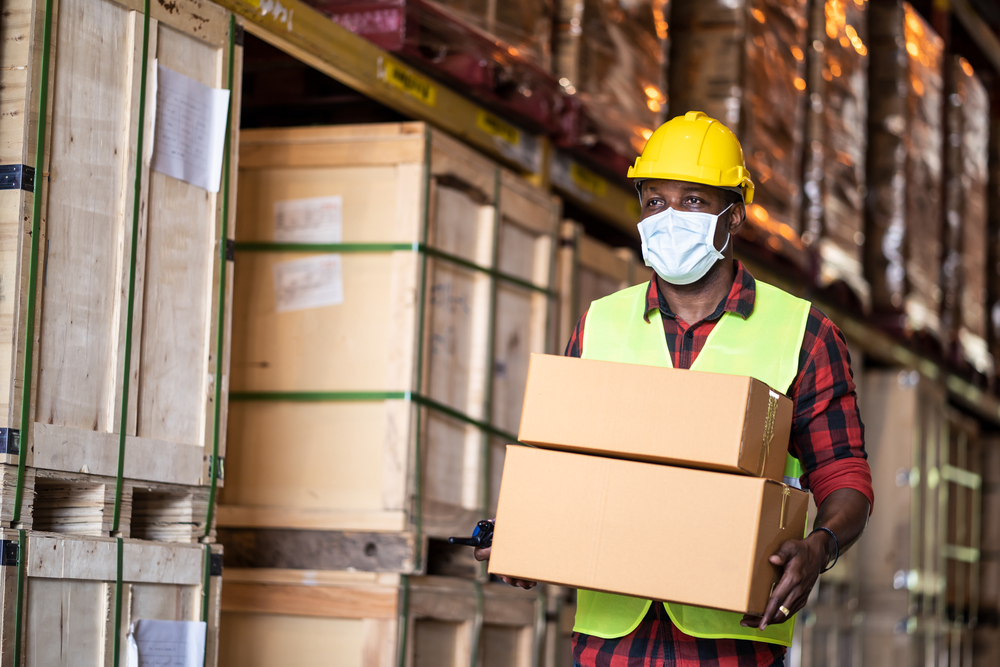 As part of a national day of action for Black Lives and Essential Workers in more than 100 cities, workers at a luxury residential building in Jersey City, joined by Jersey City Council member James Solomon, Freeholder Bill O’Dea, Hudson County Freeholder Anthony Romano, protested to demand the compensation and protections they deserve from their employer and from the Senate.

Bearing a banner saying “Essential Not Expendable,” cleaners, porters and concierges at 77 Hudson, a 420-unit luxury condominium tower in downtown Jersey City demanded that their employer Planned Companies treat them fairly and that those in power begin to rewrite the rules and reimagine our economy and democracy so that Black communities can thrive. The workers also demand that the Senate and the President pass the HEROES Act that provides PPE, essential pay and extended unemployment benefits.

“In the past weeks, several of my co-workers have been asked to take on difficult and even dangerous work that we have never done before. That’s not right, and we have filed a complaint with the labor board because we are tired of being mistreated,” said Elmer Carrera who has worked as a non-union porter at 77 Hudson for eight years.

Planned Companies, which employs the porters, cleaners and concierges at 77 Hudson, is an irresponsible service contractor with a long record of wage theft and poverty jobs. Planned pays workers at 77 Hudson poverty wages as low as $12 an hour or $25,000 a year, not enough to support a family in New Jersey. Workers also seek meaningful access to affordable health insurance.

“Planned Company’s outrageous treatment of Black and brown service workers— offering low wages and no health insurance— is another sad example of the racial disparities that ravage our community. It must change,” said Jersey City Council Member James Solomon.

“We are here to demand an end to Planned Companies treating essential workers like they are expendable,” said Freeholder Bill O’Dea.

The protest is part of a National Day of Action for Racial and Economic Justice taking place in more than 100 cities, demanding action from corporations and the government to dismantle white supremacy, end police brutality and ensure the health, safety, and economic well-being of every worker.

“I would like to remind Senator McConnell that our essential workers are our Heroes and we cannot stand idly by when we are presented with the opportunity to help those in need,” said Congressman Albio Sires. “I am honored to stand in solidarity with the members of 32BJ SEIU on this National Day of Action.”

These essential workers have kept the country running, even as they and their families get sick and die from COVID-19, among the 138,000 Americans who have lost their lives so far, disproportionately Black and of color. More people are out of work than any time since the Great Depression. As aid is running out, Senate Republicans are doing nothing for COVID relief.

“While the House passed the HEROES Act a month ago, Senate Republicans think it’s ok to do nothing while COVID-19 continues to ravage our communities, especially Black and Latino communities,” said Caonabo Mercado, a 32BJ union commercial cleaner at 101 Hudson. “Workers like us deserve to have our sacrifices recognized through the essential pay we need and deserve for keeping this country safe and running.”

Workers demand that the Senate take urgent action to make sure the COVID-19 crisis doesn’t spin into an even deeper economic crisis that further fails Black people, other communities of color, and all people in America, by improving and passing the HEROES Act.