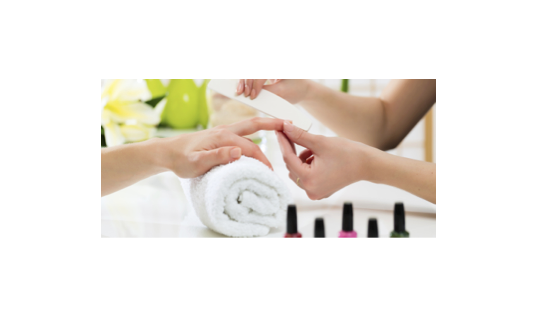 Two Hispanic nail technicians filed a lawsuit against Tiffany Nail salon in Greenwich, CT, for unlawful discrimination, unpaid overtime, failure to pay minimum wage, and other wage violations under the Fair Labor Standard Act (“FLSA”). The nail technicians performed various tasks including manicures, pedicures, massages, waxing services, and sold goods/merchandise and products to salon customers. According to the Complaint, the nail technicians allege that they were paid a day rate averaging $40-$50 per day for ten (10) hour work days and did not receive minimum wage for all hours worked. Additionally, the nail salon workers worked on average 50-55 hours a week and were not paid proper overtime compensation for hours worked more than forty in a week.   The lawsuit also alleges the nail salon owners did not provide them with a “tip credit” notice and took more than 50% of their employee’s tips. The Complaint also alleges that Asian employees at the business were treated more favorably than Hispanic workers. Korean employees made more money a day, earning $100/day, for the same work performed by Hispanic workers, who earned $50/day. Hispanic workers also had shorter lunch breaks and were only allowed to eat in the basement while Asian employees could eat in the kitchen area. The lawsuit seeks to recover unpaid wages, overtime compensation, liquidated damages and attorneys’ fees.