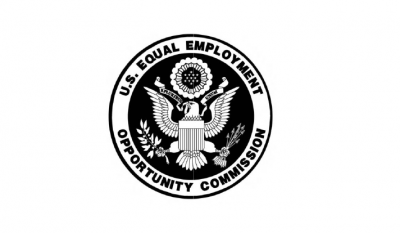 The EEOC’s position that sexual orientation discrimination is a form of sex discrimination prohibited by Title VII has been upheld by a federal court. In EEOC v. Scott Medical Health Center

(Case 2:16-cv-00225-CB), the District Court for the Western District of Pennsylvania in Pittsburgh denied a motion to dismiss a sex discrimination lawsuit filed by the U.S. Equal Employment Opportunity Commission, ruling that sexual orientation discrimination is a form of sex discrimination prohibited by Title VII of the Civil Rights of 1964.

In a decision issued on Nov. 4, 2016, by U.S. District Judge Cathy Bissoon, the court denied Scott Medical Health Center’s motion to dismiss EEOC’s case. In its ruling, the court found that sexual orientation discrimination is a type of discrimination “because of sex,” which is barred by Title VII. Applying decisions of the U.S. Supreme Court’s finding that Title VII’s ban on sex discrimination includes adverse treatment of workers based on “sex stereotypes,” i.e. pre-conceived ideas of how a man or a woman should act or think, the federal court stated, “There is no more obvious form of sex stereo­typing than making a determination that a person should conform to heterosexuality.”

The federal court concluded, “The Supreme Court’s recent opinion legalizing gay marriage demonstrates a growing recognition of the illegality of discrimination on the basis of sexual orientation. See Obergefell v. Hodges, 135 S. Ct. 2584, 2590 (2015) (“[N]ew insights and societal understandings can reveal unjustified inequality within our most fundamental institutions that once passed unnoticed and unchallenged.”). That someone can be subjected to a barrage of insults, humili­ation, hostility and/or changes to the terms and conditions of their employment, based upon nothing more than the aggressor’s view of what it means to be a man or a woman, is exactly the evil Title VII was designed to eradicate.” While the federal court made a legal ruling in the case, to date there has been no trial or factual finding whether discrimination occurred.